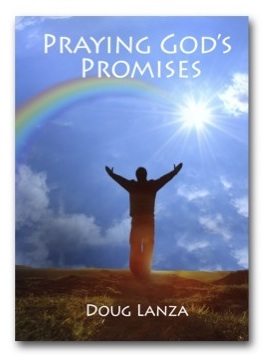 Day 26
God Will Fight Your Battles

“The LORD will fight for you, and you shall hold your peace”
Exodus 14:14 (NKJV)
“And he said, ‘Hearken ye, all Judah, and ye inhabitants of Jerusalem, and thou king Jehoshaphat, Thus saith the Lord unto you, Be not afraid nor dismayed by reason of this great multitude; for the battle is not yours, but God’s’”
2 Chronicles 20:15 (KJV)

“For the Lord your God is he that goeth with you, to fight for you against your enemies, to save you.”
Deuteronomy 20:4 (KJV )

O what a valuable lesson to learn ~ to let God fight our battles. You can wear yourself out trying to fight for yourself, but God is telling us to let Him fight our battles. God wants to “show Himself strong” on our behalf.
I love the story in 2 Chronicles 20. There was a great multitude coming against Jehoshaphat and the nation of Israel. When Jehoshaphat learned of it he “set himself to seek the Lord” and “ask help of the Lord.” He did not immediately try to devise a battle strategy. Instead, he took time to ask God how to fight this battle. How do we react when we are attacked? Do we immediately try to defend ourselves or do we stop and ask God to fight our battles.
Jehoshaphat declared that in God’s hand there was power and might that was able to defeat his enemies. We need to acknowledge that God has the power to overcome any enemy. Then Jahaziel prophesied, “Thus saith the Lord unto you, ‘Be not afraid nor dismayed by reason of this great multitude; for the battle is not yours, but God’s.’”
Jahaziel continued to speak the word of God and told all the people, “Ye shall not need to fight in this battle: set yourselves, stand ye still, and see the salvation of the Lord with you, O Judah and Jerusalem: fear not, nor be dismayed; tomorrow go out against them: for the Lord will be with you.” When we are attacked, the hardest thing for us to do is to do nothing ~ and let God fight our battle!
I remember a time years ago when I was on vacation at the beach with my family. We were enjoying a beautiful sunny day when I received a phone call. The person on the other end suddenly began attacking me and made many false accusations against me. I hung up the phone upset and ready to defend myself. Then I stopped for a minute and realized that I needed to give this battle to the Lord.
Right then and there in my van, I lifted my hands to God and said, “God, this is not my battle. This is Your battle. My reputation is being attacked but I will notdefend myself. God, You are my defense. I ask You to fight this battle for me.” I never responded to the accusations, and in the end God removed my accusers in a dramatic way. God fought the battle for me ~ and of course He was victorious.
Jehoshaphat and the people of Judah did exactly what God had told them. They went to the place God directed them to go and they began to worship the Lord. They did not pick up a sword or spear. They did not fight at all. They worshiped and declared, “Praise the Lord; for His mercy endureth forever.”
The Bible then tells us that, “When they began to sing and praise, the Lord set ambushments against the children of Ammon, Moab, and mount Seir, which were come against Judah; and they were smitten” (in the NIV it says, “defeated”). God did exactly what He promised ~ He fought their battle and defeated their enemies!
God wants to fight your battle today. Turn the battle over to God, worship Him, and watch Him defeat your enemies. “The battle is not yours, but God’s.”

“But one thing is needful: and Mary has chosen that good part, which shall not be taken away from her”

In the story of Mary and Martha, we find that Martha was cumbered about and busy doing so many things. She wanted to have the house and everything else perfect for Jesus’ visit.

Like Martha, have you ever found yourself cumbered about with so many things to do? I can understand her concern of wanting to impress Jesus with a perfect home. I, too, have tried to impress company with how clean our home is ~ when what my guest really needed was for me to sit and visit with them.

Well, Mary (Martha’s sister) did just that. When Jesus arrived she was so enthralled in His presence that she completely forgot her sister’s need for her help in the kitchen. Yet Jesus congratulated Mary because she chose the good part! While Martha chose the house chores, Mary chose to sit at Jesus’ feet and listen to what He had to say.

It’s a true saying that a woman’s work is never done. But how many chances would Martha and Mary have the opportunity to sit at the feet of the Master of the universe and gather wisdom from His very mouth? Mary saw the value in this opportunity.

That is what we do when we stop and take the time to pray. It shows we value spending time with Jesus. Prayer helps to take us to that place in the Spirit where the flesh is “crucified” and the Spirit of God takes over.

Like Mary, let us choose the good part ~ to sit at Jesus’ feet in prayer. And these precious times can never be taken from us. What He gives us will stay in our hearts forever. Connecting and communicating with God in prayer is the most needful thing we can do in our lives.

In His presence we find His vision, His dreams, and His purpose for our glorious futures. Martha, the dishes will always be there. But one thing is needful: choose that good part for your life.

“Jesus, Your presence is the most important thing in my life. Help me to sit at Your feet and listen to what You have to say to me. Amen.”

Pastor Richard’s books are available at any of the linked distributors!

It is from this book that I have received
the most comments and questions. I never
thought that a little exercise that I had done
at Stanford University, in trying to articulate
my passion for prayer, would inspire so many
people to seek God on their own. 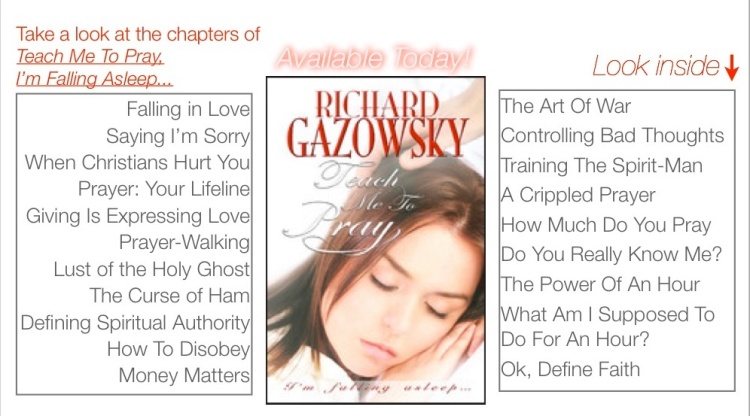 The Lord gave me this story when
my children were young. It has saved
their lives more than once. May it do
the same for you and yours. The best
approach is to simply read this book
to your children in one night’s sitting.
Then allow them, on their own, to open
up their thought boxes, and share with
you their troubling thoughts.